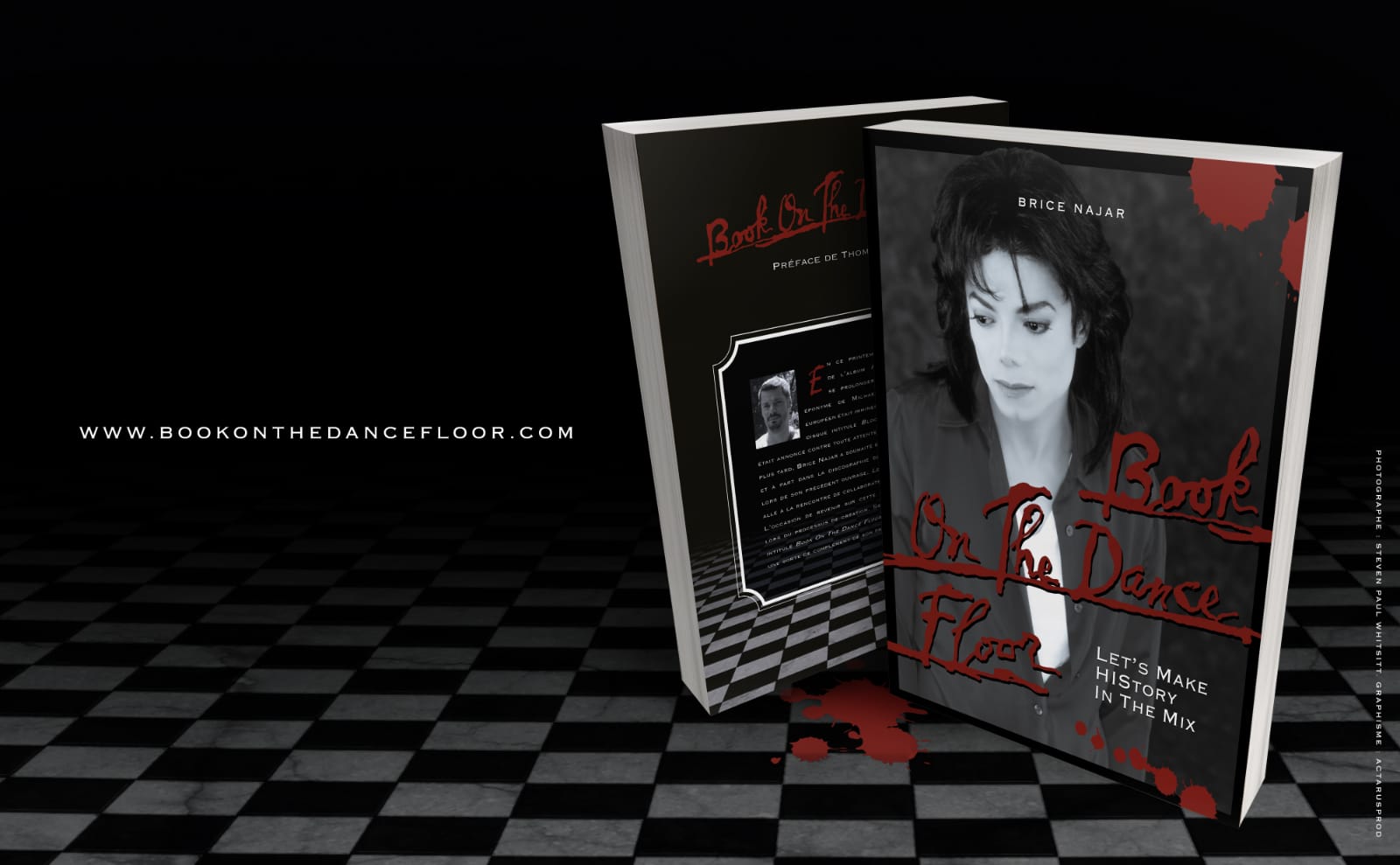 In the Spring of 1997, the promotion of the HIStory album seemed as if it would continue for quite a while, especially since Michael Jackson’s eponymous European tour was imminent. And yet, contrary to fans’ expectations, a new album entitled Blood On The Dance Floor was announced. More than two decades later, Brice Najar decided to explore the history of this unusual and very special collection of music in the King of Pop’s discography. As in Najar’s previous book, Let’s Make HIStory, he reached out to Michael Jackson’s collaborative partners. Through their stories, he was able to fully examine this era, and to understand the context of Jackson’s creative process during this time. Ultimately, Book On The Dance Floor serves as a complement to Najar’s previous work, and adds to fans’ insights into Jackson’s life and legacy.

Brice Najar is the perfect combination of journalist and fan. His writing on Michael Jackson’s career offers rare insights into both the process of the creation of Michael’s work, and also the impact that his collaborations have had on all of the artists, musicians, engineers etc. who share the honor of having worked on his projects. The interviews and reflections in this book will give fans and historians insight into Michael’s legacy for decades to come. It is a “Must Read”.

Brice shines a beautiful and informative bright light on the making of Blood On The Dance Floor and the years 1996 and 1997, all with his caring and detailed literary style, that draws in and captivates the reader from the first word to the last.